Maynooth University is Ireland’s leading liberal arts university, with a student body of 8,500 and a productive academic staff dedicated to research-based teaching. The university was ranked #67 in the Times Higher Education (THE) rankings of the world’s 100 best universities less than 50 years old. The Department of English is one of the largest and most successful departments in the Faculty of Arts, Celtic Studies and Philosophy and has an outstanding international reputation for teaching and research. It is currently staffed by three professors, ten lecturers, an executive assistant, a Learning Resource Officer, and a number of part-time tutors. The department offers a BA in English, MA degrees in Irish Literature and Culture, Postcolonial and World Literatures, and Gender and Sexuality in Writing and Culture, and a structured PhD programme.

The University has entered an exciting and challenging phase of its development, as it confirms its reputation as Ireland’s premier university for the liberal arts and sciences. The Department of English is a key academic player in the realisation of the University’s core mission. The University is now seeking to recruit a Professor and Head of English.

A Professor of the University is expected to:

Further details about the position and the university may be found on the Maynooth University website at http://humanresources.nuim.ie/vacancies.shtml

Tickets from €25 on sale soon

“Did my heart love till now? forswear it, sight!
For I ne’er saw true beauty till this night.” Romeo

Shakespeare’s tragedy of teenage passions and civil strife comes crashing across The Gate stage next spring. Romeo and Juliet, from two rival families, turn their back on their parent’s ancient feud and embark on an intense and secret love affair, that ignites within them a depth of feeling that explodes in some of the fieriest writing about love in the history of the stage. With their families at war, the lovers risk everything to be together, in a fierce and famous drama of love and revenge.

Directed by Tony-award winning director Garry Hynes, Mark O’Rowe’s new pared down version of Shakespeare’s four history plays, the key foundational narrative of the English monarchy — Richard II, Henry IV (Pts. 1 & 2), and Henry V, will be presented as an epic theatrical experience, performed by a superlative cast which includes the hugely talented Druid Ensemble. There will be four marathon performances over the two weekends and four two-part performances on consecutive weekdays.

An epic story of families and wars and the making of nations, DruidShakespeare: The History Plays is an exploration of English history through an Irish lens. “The question we are asking is how, in the context of the historical relationship between Ireland and England, do we as Irish artists produce these plays today?” says Garry Hynes.

DruidShakespeare:The History Plays will premiere in Galway in May 2015, followed by an extensive national and international tour, details to be announced in the coming weeks. 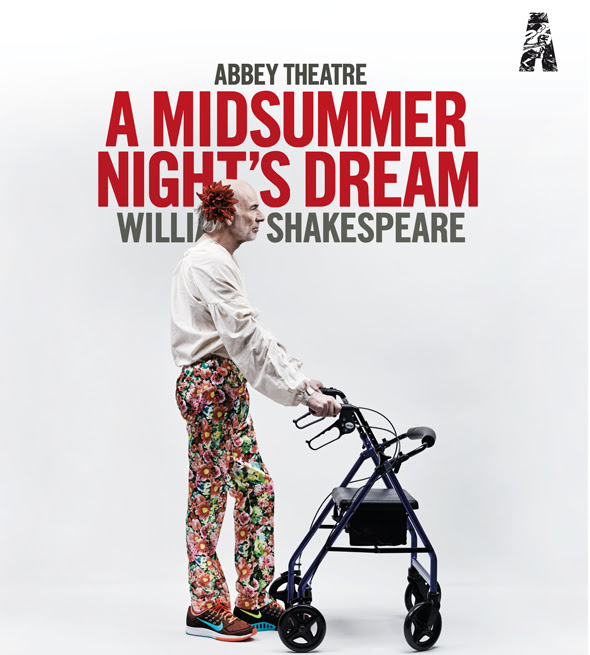 “The course of true love never did run smooth”

For the first time in 35 years, the Abbey Theatre is proud to present A Midsummer Night’s Dream. This magical comedy continues our exploration of Shakespeare following the critically acclaimed Twelfth Night.

True to Shakespeare’s original text, this contemporary interpretation of A Midsummer Night’s Dream centres on the residents of a nursing home. The vitality and timelessness of love come to the fore in this production immersed with beautiful verse and original music.

Director Gavin Quinn of Pan Pan Theatre takes us on a fantastical journey in his Abbey Theatre debut where dreams and reality collide with riotous consequences. Featuring the finest calibre of Irish acting talent, prepare for Shakespeare as you have never experienced before.

Taken from the Abbey website, where tickets can be booked online.

The medical world of early modern Ireland was not only rooted in a society undergoing rapid transformation but also increasingly connected to transnational networks of migration, education, trade and ideas. It was profoundly shaped from within by changes such as the collapse of the Gaelic order, and from without by factors including the curricula of continental universities. A growing body of research is now enabling a more nuanced understanding of this complex and variegated world. Yet Irish medical historiography was recently and quite reasonably described as a field where ‘the modern period overwhelms the early modern’. Synchronic comparison, most notably with England, also reinforces the impression of early modern Irish medical history as a still relatively underdeveloped subject.

These circumstances point towards the continued need for a greater and sustained scholarly engagement with the history of medicine in early modern Ireland. Moreover, the wide range of contexts encompassed by the subject, social, cultural, linguistic, intellectual, institutional, confessional and so on, highlights the particular importance of on going knowledge exchange and collaborations between scholars. Such endeavour is also vital to enabling better awareness of the contents of, and challenges posed by, a frequently problematic archival base. The fact that many of the types of early modern source available for other countries were in Ireland either never created in the first place or subsequently destroyed is obviously of enormous consequence. At the same time, some rich and distinctive elements, such as Gaelic medical manuscript culture, are beyond the expertise of many historians.

This conference is designed to meet these and other challenges by bringing together scholars working on the history of medicine in Ireland in the period 1500-1750. It will allow them to present the findings of latest research, whether focused on the island itself, relevant transnational contexts, or both. Under the aegis of the ambitious Early Modern Practitioners project at the University of Exeter, the conference is intended as a benchmark event that will facilitate appraisal of the current state of the subject and help towards defining the parameters of a sustainable future research agenda.

Proposals are accordingly invited for papers of 20-25 minutes duration that will address key aspects of the medical world of early modern Ireland. Major themes for consideration include the following:

– Continuity and change in the character and scope of medical practice, including the impact of conquest and plantation on pre-existing medical culture, the influence of new ideas and/or persistence of established approaches across the period, as well as the significance of attempts at regulation.

– The roles played by women, in popular and domestic medicine and beyond.

– The place of medicine within processes of social and cultural change in Ireland more generally, and the wider parts played by medical practitioners in scientific, intellectual, political, military, confessional and other spheres.

Contributions from early career researchers and postgraduate research students are particularly welcome and limited financial support is available to help with travel and conference costs on application.

The Leaving Cert Show is the largest production in scale that dramsoc produces every year, and attracts dramsoc’s largest audience annually. It has a fantastic reputation among schools around the country, and among dramsoc members who partake in or attend the show each year.